A STORY OF A FRENCHMAN WHO FELL INLOVE WITH MOSCOW.

Today we are Skyping with Jacques Graf von Polier, a Frenchman with German and Russian roots who came to Russia as a student in 1995 and never left again. Today, he has bought the Petrodvorets watch factory in St. Petersburg and is working to revive the Raketa watch brand that was once Russia’s largest.

We started out by asking him how he has seen Russia change in the last 20 years. “When I first moved here, Tverskaya, Moscow’s equivalent of 5th Avenue, was dark and deserted at 6pm,” Jacques tells us. “Today, it’s brighter than the Champs Elysées and Moscow has been transformed into a city that never sleeps. I think I’ve lived in the most interesting city in the world for the past 15 years.” 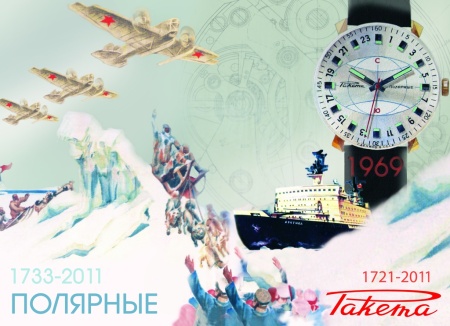 “How have the political changes impacted Russian culture – and consumer culture?” I ask.

“Russia has one of the richest cultures in the world: music, art, science… you name it and the Russians achieve at the very highest levels,” says Jacques. “But when it comes to branding,” he laughs, “it’s a different story: basically Kalashnikov and MiG are the only internationally known Russian brands. Clearly something has to change on that front!”

“But why do you think the Russian brands have so little international recognition?” Maarten asks.

“There are several reasons, but mainly it has to do with Russia’s turbulent recent history:

a revolution, wars, Perestroika… all sorts of things, but no stability. And then the Soviet bloc collapsed and Russia opened up – that was the final blow. Consumers turned their back on everything Russian. All anyone wanted was Western brands: it was the heyday of sushi, mozzarella and McDonald’s and the mass rejection of our own system. In that 15-year period all the historical Russian brands went bankrupt.”

“I definitely think so,” says Jacques. “I personally believe that Russia is becoming the dream that people aspire to: in restaurants, there are special Russian menus instead of sushi; Russian girls are looking for Russian husbands, not just Europeans; people wear Russia T-shirts instead of USA T-shirts… But at the same time, there is a vacuum, I’d say people still buy 99.9% Western brands, simply because there are no Russian alternatives. Yet.” 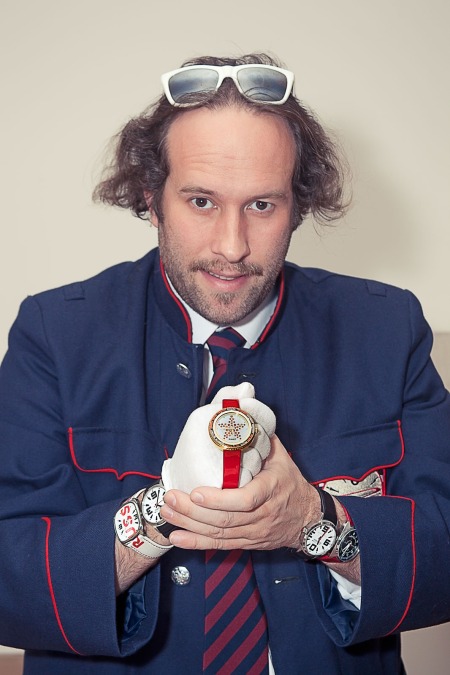 “And you think that’s going to change?”

“Tell us about your brand though,” says Maarten. “The relaunch of the Raketa brand!”

“I thought you were never going to ask,” Jacques jokes. “It’s a great story, let me tell you: the name Raketa, Russian for ‘rocket’, was chosen in honour of Yuri Gagarin who made the first space flight in 1961. The watches became hugely popular and under communism Raketa was the largest Russian watch brand.

“Just to give you an idea: in the 1970s and 1980s, Raketa produced 5 million watches per year, the equivalent of the total annual Swiss watch production. Every fireman, Red Army general, astronaut, but also average citizens wore Raketa watches.”

“But the brand declined after the fall of Communism?” Maarten asks.

“Right, the Russian watch sector was decimated after the fall: 14 of the 15 watch factories closed down. The only one to survive was the Petrodvorets Watch Factory in Saint Petersburg, the home of Raketa watches! We bought it in 2009 and have started making Raketa watches and rebuilding the brand. We have all knowledge in-house, which is quite special in the world of watch-making today. There are only four brands in the world that do, and Raketa is one of them.”

“So how do you see it developing?” asks Maarten. “What is your dream for Raketa?”

“To be the Number 1 brand in Russia,” says Jacques immediately. “Once we have done that, we’ll go international and conquer the world with a very cool Russian brand! We’ll be in touch in a few years…mark my words!”

Order a book Around the World in 80 Brands

Connect with me on LinkedIn